“In Germany, musical tradition and cultivation are determined to a large extent by the work of committed choirs: Countless concerts, high level of commitment, creative action, social interaction, idealistic attitude, lively processing of musical literature, creative impulses. It is simply wonderful to realize that costly high culture with its expensive institutions and highly paid international artists is not the only pillar of our musical life”. – Enrico Trummer – 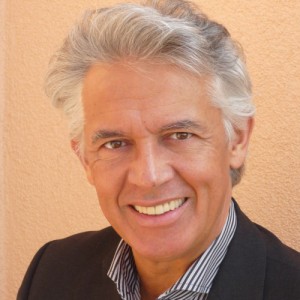 Enrico Trummer was elected musical director of the Stuttgarter Oratorio Choir in 1995.

In addition to maintaining the repertoire works, Trummer repeatedly sets special accents in the cultural life of the Baden-Württemberg state capital with the annual programmes. These include the Telemann Passion Series (2005- 2008), the Haydn Cycle (2001- 2006) and a series of works by the Stuttgart Court Kapellmeister J. N. Hummel, beginning in 2008 with the Stuttgart premiere of the oratorio “Der Durchzug durchs Rote Meer”. Increasingly, he focuses on contemporary composers such as Karl Jenkins, John Rutter and Martin Palmeri.

With numerous videos about his work with the choir, Enrico Trummer, together with Philippe Ohl, has had a decisive influence on the internet presence of the Stuttgart Oratorio Choir and the public image of the choir.

Since 1983 Enrico Trummer has been a music teacher in Stuttgart and since 1994 he has worked as a music teacher at the Königin-Katharina-Stift (high school). After graduating from high school in Heidelberg, he studied school music, musicology and German literature. After the 1st state examination he received a teaching assignment at the Musikhochschule Heidelberg for vocal repetition and at the same time studied choral conducting with Prof. G. Kegelmann as a postgraduate artistic course. In addition, he has performed as a pianist, chamber music partner and lied accompanist at numerous concerts at home and abroad and in radio recordings of the SDR. Even before he took over the musical direction of the Stuttgart Oratorio Choir, he was able to draw attention to himself through his successes as choir director. With various choirs he won prizes at renowned choir competitions.